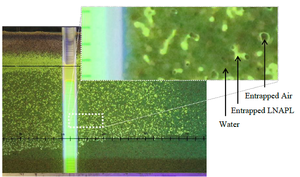 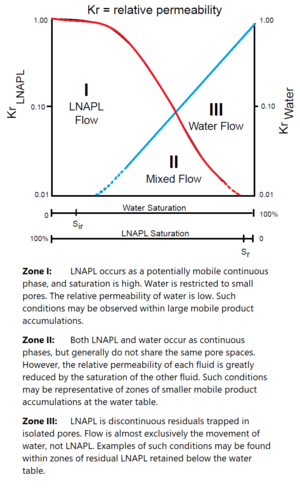 LNAPL mobility can be described mathematically by Darcy’s Law, an empirically derived equation describing the flow of fluids through porous media where the specific discharge, q, is equal to the product of the hydraulic conductivity, K, and the hydraulic gradient, i. While this is the same Darcy’s Law that is used to describe groundwater flow (see Advection and Groundwater Flow), there is an important additional term, Relative Permeability, that is included when using Darcy’s Law to describe the flow of LNAPL in the subsurface. Relative permeability is the ratio of the effective permeability of a fluid at a specified saturation to the intrinsic permeability of the medium at 100-percent saturation[10]. The USEPA (1996) describes relative permeability this way: 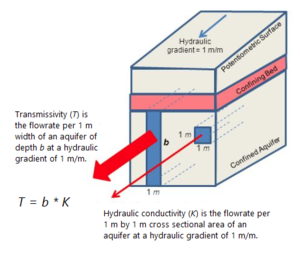 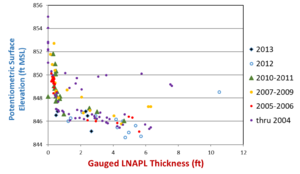