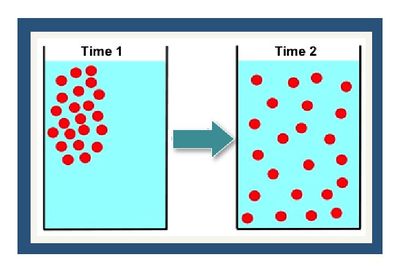 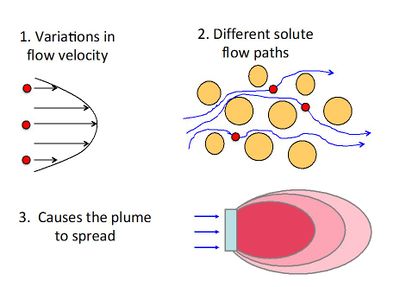 Recently, an alternate conceptual model for describing large-scale plume spreading in heterogeneous soils has been proposed[7][3][8]. In this approach, solute transport in the transmissive zones is reasonably well described by the advection-dispersion equation using relatively small dispersion coefficients representing mechanical dispersion. However, overtime, molecular diffusion slowly transports solutes into lower permeability zones (Figure 3). As the transmissive zones are remediated, these solutes slowly diffuse back out, causing a long extended tail to the flushout curve. This process is controlled by diffusion and the presence of geologic heterogeneity with sharp contrasts between transmissive and low permeability media[9] as discussed in the video shown in Figure 3.