In situ thermal desorption (ISTD) is based on simple heating by thermal conduction in combination with fluid extraction. Elevated subsurface temperatures mobilize contaminants for extraction. ISTD is an effective and predictable solution for organic source zones, and can be combined with less aggressive methods for complete site and plume restoration (e.g., see Thermal Remediation - Combined Remedies).

The principle of ISTD is to use thermal conduction to distribute heat throughout the contaminated subsurface volume, raising the temperature high enough to mobilize and extract the chemicals. ISTD treatment is commonly used at sites with significant contamination and a reason to clean up quickly. When the treatment zone is delineated well, and the ISTD system designed and implemented with care, near complete removal of the contaminants is possible. 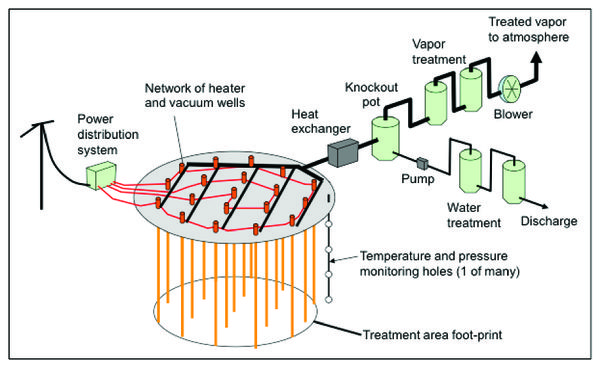 ISTD sites have a heating system, which delivers the energy to the treatment volume, and an extraction and treatment system that pulls the contaminants and vapors out of the ground and then separates and treats the vapors and fluids (Fig. 1). The soil is heated by simple thermal conduction via heated metal pipes in the ground. Typical ISTD systems utilize circuits of electrically powered heaters that are spaced systematically throughout the thermal treatment zone (TTZ) in a triangular pattern. Gas may also be used to heat the boreholes, requiring gas burners to be placed at each boring. The ISTD technology is flexible in that it allows for a wide range of desired treatment temperatures based on the contaminants at the site.

ISTD can be applied at low (<100°C), moderate (~100°C), and higher (>100°C) temperature levels to remediate a wide variety of contaminants, both above and below the water table. In order to heat to higher temperatures, pumping and/or vaporization must remove the naturally occurring pore and groundwater. In some instances, hydraulic barriers are used to facilitate dewatering prior to heating.

Before ISTD treatment is considered complete, soil samples are typically collected and used to show that the remedial goals are met. Then, cool-down and site demobilization activities begin. If the interim sampling reveals areas with contamination above the project's criteria, system modifications and prolonged operation are used to reach the goals. 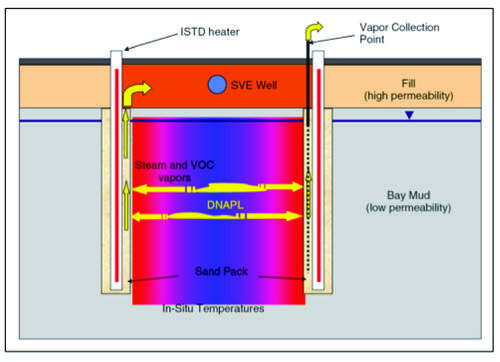 Figure 2. Example use of ISTD to treat a PCE source zone above and below the groundwater table[1].

Because ISTD is based in simple heat conduction, it can be used above and below the water table. Water is not needed for facilitating heating, so temperatures above the boiling point of water are achievable for treating semi-volatile contaminants[3]. ISTD has been used routinely to treat volatiles such as trichloroethylene (TCE) and tetrachloroethene (PCE) as well[1][4][5].

ISTD is scalable and well-suited for large and deep sites, and when properly implemented it can lead to effective site closure[4]. When combined with Thermal Remediation - Steam, solutions are available for sites with substantial groundwater flow as well. ISTD has also been proven effective for removal of dense non-aqueous phase liquid (DNAPL) in fractured rock[6]. When the treatment zone is properly delineated, and the thermal system implemented well, very high treatment efficiencies are achieved.

ISTD has been used for sites with significant contamination and strong reasons to remediate. Examples are: 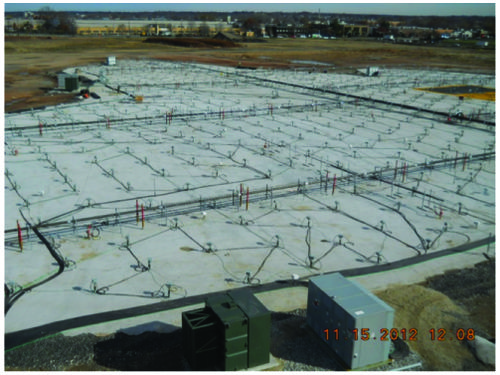 In situ thermal desorption can be effective for treating heavily contaminated source zones to low levels. The simplicity of the heating makes ISTD a robust solution for complex sites, reducing uncertainties related to subsurface heterogeneity and properties. It can also be effective for treatment of semi-volatile organics that require temperatures above the boiling point of water, and for organic source zones in fractured rock.